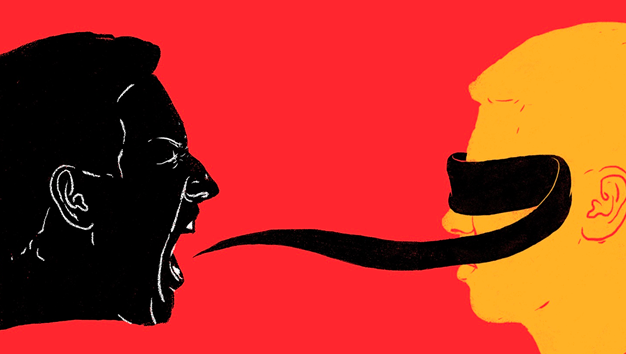 Disasters, both anthropic and natural, often represent sudden, planned events or provoked accidents. What determines the action is certainly the intrinsic speculative interest behind each event.
Speculative action is always supported by adherent disinformation activities, which can have a destructive and devastating impact on the population affected by the catastrophe.
The disinformation activity can have a defined and specific target or a vast and indeterminate one such as the public opinion of a country, leading and manipulating common thinking following specific schemes.
Clearly I cannot avoid thinking about what is happening in these days in the world and especially in Italy, where a misleading disinformation activity is inspiring the Italian population, with a highly impressive reversal of consensus action.
Evidently I am referring to that careful and refined suggestive construction created around the new liberators from the ‘Covid-19 or Corona Virus’, which are China, Russia, Cuba, at the expense of traditional allies such as the USA.
The disinformation activity is not an activity for amateurs but it is created ad hoc, through a systematic action of disguised, deceptive and hidden propaganda, which can be conducted by on-field activities through the FIE (Foreign Intelligence Entities), always present both in areas where war conflicts take place, and in areas where disasters of any nature are taking place, where the objective of constant presence is represented by the tactical and strategic interest of the state actor of reference.
I want to emphasize once again an important thing: an intelligence operation at these levels is impossible that can be planned and conducted by non-state actors and above all not endowed with great and specific professionalism.
More generally, therefore, the purpose of what is hypothetically happening could be an activity of multiple manipulation, aimed at an intelligent forcing of the orientation of Italian public opinion and beyond, transforming the USA from allies (country that somehow it guaranteed the security and democracy of Italy, from the post-war period until today), to a non-faithful partner and in some aspects also an enemy, magnifying the solidarity of China, Russia and Cuba.
It is important to highlight how this campaign of magnificence linked to the solidarity of China, Russia and Cuba has become a large quantitative vector of a structured propaganda action, capable of overshadowing both the true nature of the totalitarian regimes of these countries, and responsibilities related to the spread of the pandemic.
Clearly, the experts have not underestimated this accurate suggestive montage, capable of provoking a reaction of public opinion strongly weakened by the destructive event.
Obviously, a lot of information that is often not verifiable has the objective of generating hostility from an indistinct actor such as public opinion.
The propaganda activity and the exposure of those who are good and those who are bad has reached, in these days, an explicit perceptual dimension; I refer to photos, videos, newspaper articles and television news reports where the presence of elements from the above-mentioned nations have been shown as the saviors of Italy from the Coronavirus threat, without a real insight into the effectiveness of their role and effects of their permanence in the Italian territory for other purposes than the emergency.
In this regard, it is important to remember that even a part of what comes out in the mass media and, today, on social networks, comes from a careful activity of the organs responsible for intelligence.
Therefore, the effects that this disinformation activity will produce over time must be considered, with utmost importance, especially towards a population injured and deceived by false prophets.