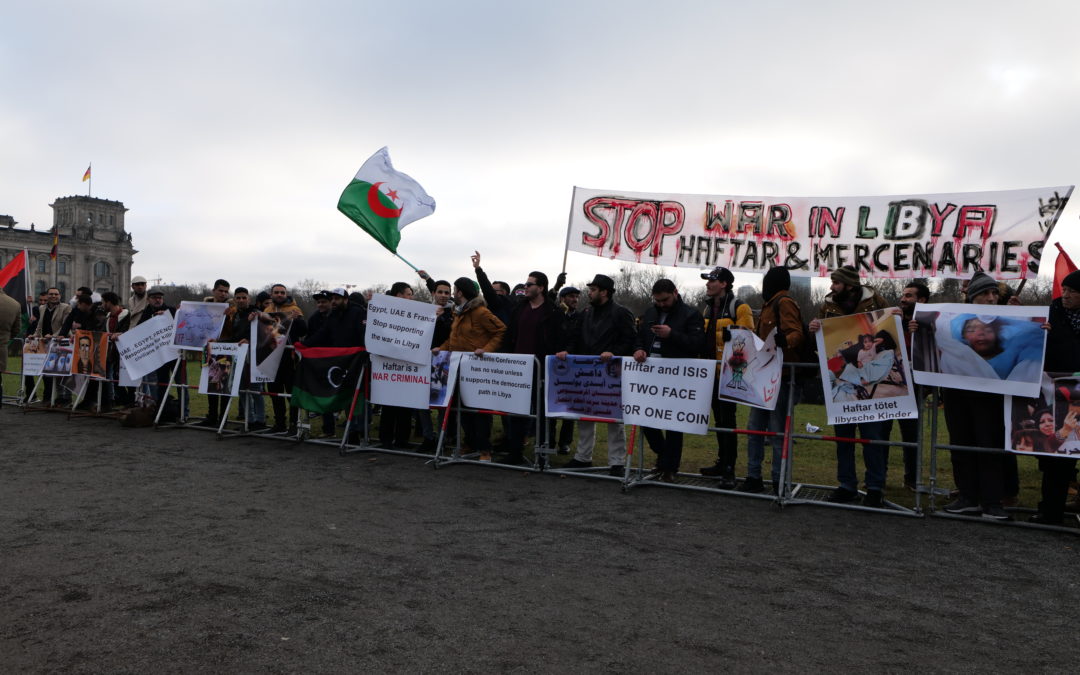 Nor the Covid-19 nor the Ramadan together with the international call for ceasefire have been enough to de-escalate growing tensions in Libyan soil. In the last month, the LNA jointly with Turkey targeted Haftar’s strategic assets and personnel, attacking the military base of Al Wataya, the airport of Al Jufra and different trucks providing assistance to Haftar near the cities of Mazda and Al-Shweirif. Haftar attacks hit diplomatic missions in Tripoli (in particular in proximity of Turkish and Italian premises), on Mitiga International Airport and, most recently, in the Hadba neighbourhood in Tripoli. The LNA reported the death of different civilians including during all the attacks. The series of indiscriminate attacks is an evident violation of humanitarian law and the international community condemned the events. Moreover, Haftar’s militias have been reported for the shut down of hydro and electrical premises that are fundamental in providing major cities, particularly affecting the civilian population.

Moreover, the recently launched Operation Irini already lost Malta as contributing member. This could be both seen as a loss of faith in the European operation or just as laissez faire move toward Turkish continuous support to the LNA – that arrives mainly through sea routes. Notwithstanding, many doubts remain on the deterrence factor that such an operation may prove to Haftar and his allies since it will probably be a more useful tool to rescue migrants rather than a tool to prevent supplies to the GNA – that continue to arrive through the porous Libyan borders with Egypt.

In a recent public speech, Haftar claimed to be the only one capable of securing and stabilizing Libya; but recent events have proven him wrong and he is currently more exposed than ever. His loss of credibility – fuelled by the last indiscriminate attacks and by the ongoing loss of power over portions of the Libyan territory – will soon move the needle of the balance against him. Without doubts, his last attacks are making him culpable of severe crimes – indiscriminate attacks and killing of civilian population among the others – and a minor false step in this direction could trigger a strong condemnation by the international community.

Formally and unanimously, the international community has already expressed its concerns over the last attacks and Haftar’s public claims. Haftar can not anymore be considered – as previously was informally admitted – as a valid interlocutor to solve the Libyan conflict. At this point Haftar’s position in the conflict is weaker and few possibilities open up.On one hand, if Haftar goes beyond the red line, all the international actors may unite once for all to sustain the Government of National Unity and the countries committed to Haftar – in more or less evident way – will have to dismiss their national peculiar interests in the name of written and unwritten international laws.Indeed, when – and if – the International Criminal Court will deliberate on Haftar’s condemnation, the international community would be in some sense forced to intervene in support of the LNA. On the other hand, former Haftar’s supporters – like Egypt and the UAE – may work on finding a new “strong man” to carry on the fight. In this regard, the quest for a new leader could mean also a new deal with the different militias (local and foreign ones) and home-grown terrorist affiliates that are currently fighting in the Libyan territory. New groups, in particular, will affirm their control over portions of the territory and will prioritize their agenda while bargaining to keep the fight alive. This would impede the LNA – and Turkey – to gain full control of Libya and, at the same time, it would bring a new “credible” actor in the quarrel.

Nevertheless the Libyan social and political reality is too complex and fragmented to expect a complete unification of the country under the leadership of Al-Sarraj that, even though continuously supported by Turkey and the international community, has not enough physical presence to impose his rules all over the country. A third viable option would thus be to stop imagining Libya as we conceived it in the past and settle the ground for a pacified Libya under different leaderships; another scenario of which Haftar will probably not be part of if he keeps losing credibility and violating the Vienna convention.