In recent days the scenarios of countries where there are conflicts have increased dramatically.
It is therefore appropriate to indicate, at least generically, what the status of PMCS employees under International Humanitarian Law (IHL).

The status of the personnel of PMCs in an armed conflict is determined by international humanitarian law, on a case-by-case basis, in particular according to the nature and circumstances of the functions in which they are involved. Unless they are incorporated in the armed forces of a State or have combat functions for
an organized armed group belonging to a party to the conflict, the staff of PMCs are civilians. This follows that:

Whenever the staff of PMCs, instead, carry out acts that amount to taking a direct part in hostilities:

Some examples of direct participation in hostilities in which PMC personnel may be involved are: guarding military bases against attacks from the opposing party, gathering tactical military intelligence and operating weapons systems in a combat operation.

But, what are the consequences of Civilian Status of PMCs under IHL?

There is no problem under IHL with PMCs employees having civilian status as long as they do not directly participate in hostilities. But if PMC employees, as civilians, directly participate in hostilities, they lose the protection from attacks normally accorded to civilians during the time that they participate. Enemy combatants may legally target and kill them during their participation in the same way that they may target and kill other combatants. Moreover, they may also be prosecuted and punished for the mere fact of having participated in hostilities.
If they kill enemy combatants, the black letter law of IHL even allows them to be sentenced to death following a trial.

According to a part of the doctrine on this field, one could argue that such a vulnerable position is the price PMC employees must pay for their apparently high salaries and choice to participate in conflict situations in this way. But that is admittedlynot a very humanitarian view, and it does not address the problems associated within creased participation in hostilities by civilians.

Therefore, one may seek toregulate these companies in order to limit their potential to negatively affect the principle of distinction and to reduce the risks to the employees themselves. However, several aspects of IHL make this Endeavour particularly difficult.

But the way, there are any main quirks of IHL affecting regulation of PMCs aimed at reducing their participation in hostilities.

First, IHL does not distinguish between “defensive” and “offensive” attacks for the purpose of determining whether a person is directly participating in hostilities, such that regulations that constrain PMCs to “defensive” roles or operations will not get around this problem. Second, the nature of what constitutes a military objective is not static under IHL, making it impossible to resolve this problem merely by prohibiting PMC employees from being employed as guards of “military objectives”. Finally, there is not yet a clear, established definition of precisely which acts constitute “direct participation in hostilities”, thus making it difficult to propose a simple list of things that PMCs cannot do in order to prevent their participation.

Is there a special status for private military companies’ employees?

Sure, there are international legal documents signed by many countries around the world and self-regulatory systems.
These cannot simply be read, it is necessary to have a basic education of knowledge and ability to interpret the law, especially the international law, and to know the practical cases – through laboratory activities or simulation.

That’s why it is really important to get also a legal training on PMSC’s Contractors field. 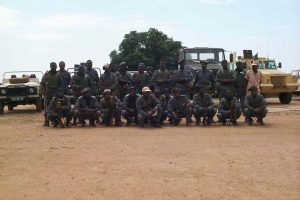